Culture is What Happens When No One is Watching

Have you ever heard someone say "Well we need to change the culture to fix that?"  All to often when an organization is beginning a Lean transformation the single most important variable which is overlooked is culture.  How often do we run across situations where it's assumed a simple tweak to a company's culture is the solution?  While that's likely true, how easy is it to change culture?   Several weeks back while talking to a peer I heard a great comment which has stuck with me.  She said "Culture is what happens when no one is watching."  What a profound statement.  There is simply no arguing this point.   Often organizations will introduce tools and practices to change their workforce to be more "efficient", but this does very little to actually treat the cause or even the symptoms for that matter.  The most underestimated changes which are required for Lean Transformation are cultural. 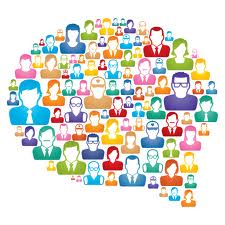 The evidence of the last 20 years indicates that trying to copy or reproduce another company’s tools, techniques, or principles does little to change an organization’s culture, its way of doing things. For example, how do you get people to actually live principles? On the other hand, focusing on developing daily behavior patterns is a leverage point because, as the field of psychology shows us, with practice, behavior patterns are changeable, learnable, and reproducible.  Culture change is not achieved through books, intellect, classroom training, discussions, or anything similar.  Trying to get each person in an organization to think and act in certain ways means you are working on organization culture.


Consider the cultural makeup of a company. "Culture," does not refer to the "lean culture" to which a company may aspire. Rather, it is the unique traits and characteristics of the people within the organization.  Before even tackling an attempt to change your organizational culture you need to ask yourself what you're trying to achieve and how can our culture prohibit our journey?   Often the blanket statement of changing culture to achieve an outcome is like tying to slow the spin of the Earth to make your days longer.  It's possible but not at all likely.  The simple truth is that the best way to change and sustain an organizational culture is by first changing and sustaining management behavior, a lesson many transformation efforts still overlook and consequently fail.  Additionally, bureaucratic cultures can smother those who want to respond to shifting conditions. And the lack of leadership leaves no force inside these organizations to break out of the morass.  Big egos and arrogant cultures reinforce the what John Kotter calls nine sources of complacency Kotter, John P. (1996-08-07). Leading Change, which, taken together, can keep the urgency rate low even in an organization faced with major challenges and managed by perfectly intelligent and reasonable people.  This is what you're likely faced with.  It's happening at all levels when no one is watching.


Kotter again explains it best when talking about large scale cultural shifts.  "We don’t see these kinds of bold moves more often because people living in overmanaged and underled cultures are generally taught that such actions are not sensible. If those executives have been associated with an organization for a long time, they might also fear that they will be blamed for creating the very problems they spotlight. It is not a coincidence that transformations often start when a new person is placed in a key role, someone who does not have to defend his or her past actions." Kotter, John P. (1996-08-07). Leading Change

Culture is the single most important component in a transformation effort.  Again Kotter explains.
"Culture is powerful for three primary reasons:
1. Because individuals are selected and indoctrinated so well.
2. Because the culture exerts itself through the actions of hundreds or thousands of people.
3. Because all of this happens without much conscious intent and thus is difficult to challenge or even discuss.  Kotter, John P. (1996-08-07). Leading Change


To get it right understand culture as your largest challenge to implementing lean.  Genuine lean is built into an 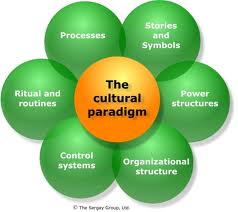 organization's culture, people, planning, problem-solving - everything its people do, touch, or say. A company can not create genuine lean overnight, and may, in fact, need what I call iterative lean to help get it there. But too much reliance on iterative lean prevents a company from achieving genuine lean.


Changing your culture means changing your knowledge workers’ work norms and work-related values. These norms are established, held, and enforced daily by small social groups that often take their cue from the group’s high-status member what Richard Rumelt in Good Strategy Bad Strategy named "the alpha" Richard Rumelt (2011-07-19). Good Strategy Bad Strategy.  In general, to change the group’s norms, the alpha member must be replaced by someone who expresses different norms and values. All this is speeded along if a challenging goal is set. The purpose of the challenge is not performance per se, but building new work habits and routines within the unit.

Development of a lean culture may be put on the back burner for better times, but this is a deadly mistake.   If the climate is competitive pressure and recognition of the need to improve, a company should begin with the tools but in parallel, work on changing the culture to sustain and continue the improvements. If a company is in a growing, flourishing industry that is facing little pressure, then it should work specifically on developing the lean culture and apply the tools as a manifestation of the culture. 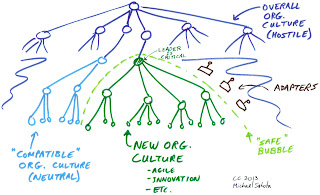 Roger Conners best explains how to achieve a successful cultural transformation by explaining  "Getting people to Buy-In/Invest personally in the culture change process is one of management’s key tasks and greatest challenges. You should expend every effort to get people ready for the change by persuading and convincing them of the merits of the change and by getting them involved in the process. Each step of the enrollment process should be designed to facilitate these two criteria: agreement and involvement. When you do it this way, you simultaneously prepare people for the change and enroll them in the process of the change itself."  Connors, Roger; Smith, Tom (2011-01-04). Change the Culture, Change the Game: The Breakthrough Strategy for Energizing Your Organization and Creating Accountability for Results

I don't have all the answers but I do know truly Lean firms with adaptive cultures are awesome competitive machines. They produce superb products and services faster and better. They run circles around bloated bureaucracies. Even when they have far fewer resources and patents or less market share, they compete and win again and again.
.